Thanks to patent trolls and abusive attorneys, patent law gets something of a bad rep. It shouldn’t, though — at its core, it exists to protect creators and innovators. Trouble is, it’s often so confusing and convoluted that most entrepreneurs have no idea where to start.

That’s where people like our very own Pad Alce come in. Originally from the West Indies, Alce studied engineering at Duke University before eventually pursuing a degree in patent law. Shortly after graduation, he joined the law firm Moore & Van Allen.

“I recognized an opportunity when I saw it, and I wasn’t about to let it go to waste,” recalls Alce. “I basically did whatever the firm needed me to do — patent litigation, patent writing, negotiation, and so on. Eventually, I gained enough traction that I was able to choose my track, and gravitated towards patent drafting and prosecution.”

Alce made another transition at that point as well, shifting from physical to digital. With this new focus, he drafted patents for multiple major clients, including Bank of America. Eventually, however, Alce received another offer — this time from Oliff, a firm that drafts approximately 5,000 patent applications annually.

“My time at Oliff was intense,” continues Alce. “I was managing something like 30 patents a year, whereas most attorneys only manage one or two. It was sink or swim, and I chose to swim.”

Alce’s work at Oliff did not go unnoticed. As one of the few attorneys capable of navigating and negotiating the complexities of software-related patents — and with a 100% success rate that he’s maintained to this day  — he caught the attention of Schox Patent Group, the best patent firm in Silicon Valley. It was here that he truly immersed himself in emerging technology diving deep into artificial intelligence.

This choice would eventually see him cross paths with Jason Mars.

“I first met Jason about four years ago while working at Schox,” Alce says. “He reached out to me for help building the patent portfolio for conversational AI startup Clinc. When Jason left to pursue other opportunities, I decided to join him and start my own firm in the process.”

Today, Alce’s expertise includes AI, machine learning, blockchain, autonomous technology, and quantum computing. His firm, AI Patent Law, is founded on the idea of excellence; on securing patents that will allow for capital raises, high valuations, and a strong defense against patent trolls.

“What we do is super strategic,” Alce explains. “We don’t just submit patent requests and defend our clients in court. We help them build a strong, strategic patent portfolio.” 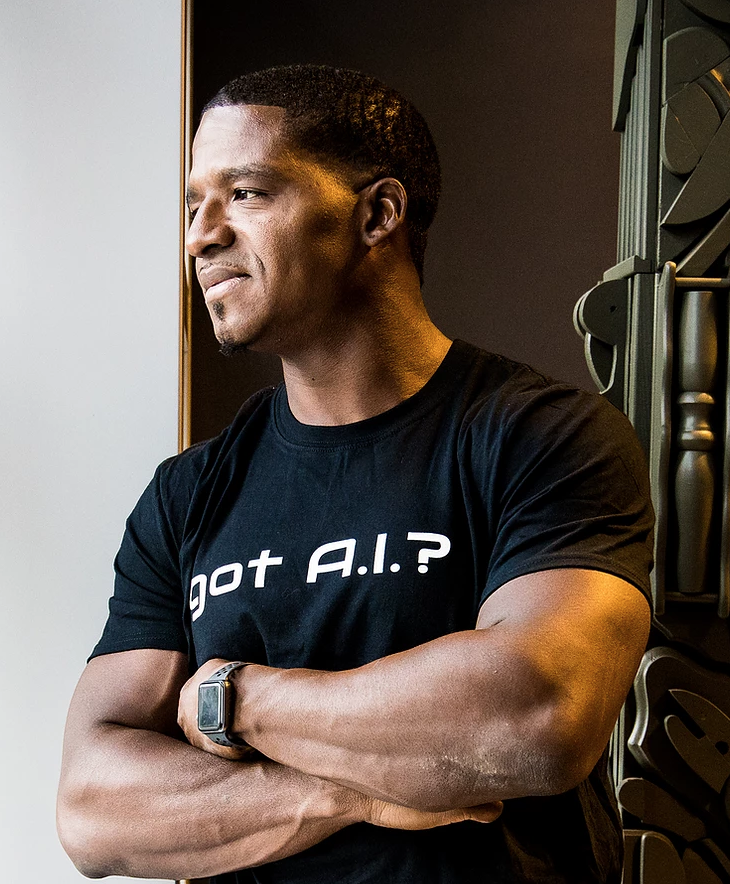 If you can’t get the technical side of patent law right, nothing else matters. Yet in emerging sectors like AI, the law is lagging behind, which causes many patent efforts to fail. One of Alce’s defining characteristics is that he’s unaffected by this problem.

He’s able to take even the most complex patent and determine a sound negotiation strategy, something he attributes to his prior experience as an engineer.

“People are shocked that I can write patent applications in such a way that the PTO accepts them, no matter how complicated the technology,” Alce explains. “I believe my mechanical engineering degree really helped with this. In engineering, you need to be able to visualize the abstract as something tangible and concrete — it’s a skillset that transferred very well to patent law.”

This skill isn’t the only thing that’s defined Alce’s legal career, however. His focus on client relationships over legal contracts has also contributed significantly to his success. Since the beginning, Alce has made a point of bringing a human element to the legal experience, something he feels is absent in many firms.

“If I understand what my client really needs and how they really think, I’m able to tailor my work to them,” says Alce. “I’m friends with nearly all my clients, and take a collaborative approach to my work. I keep prototypes and demos, I take pride in client achievements, and I always go out of my way to ensure everyone gets what’s best for them.”

“It’s about treating people how you want to be treated,” he continues. “Treat them like humans, and they’ll deliver. Demonstrate honesty and accountability, and they’ll go the extra mile when working with you.”

Another unique characteristic of AI Patent Law is that it doesn’t focus on billable hours, instead charging clients a fixed fee.

“If an attorney puts a premium on every hour of their time, people are hesitant to reach out,” notes Alce. “My clients can call me anytime without worrying about their budget. I base my billables on project objectives rather than hours worked — for me, it’s about vision and potential rather than spreadsheets and accounts.”

The Changing Face of AI

For Alce, it’s not enough that he understands the legal side. He also needs just as thorough an understanding of the technology for which he’s securing patents. This has given him a unique perspective on artificial intelligence, and unique insights on the industry’s current status.

“The deep learning model of AI is incredibly powerful,” says Alce. “Unfortunately, it also tends to be prohibitively expensive and time-consuming to train. I’m seeing a lot of clients address this by using transfer learning, borrowing elements of other AI models to evolve their technology stack.”

According to Alce, this has brought about an evolution in AI stacks themselves. Diverse ML models that wouldn’t ordinarily be found together are being merged, creating newer, more complex frameworks. This has, in turn, contributed to the emergence of increasingly-advanced algorithms

“The transfer model is just one way I’ve seen startups disrupt the playing field,” Alce explains. “I’m seeing more and more entrepreneurs pushing out turnkey products that cut the cost of AI and make it more usable without reducing functionality. It’s like what Jason did with ImpactfulAI — it’s one of the smartest innovations in the industry to date, similar to putting IBM at the middle of blockchain and allowing businesses to build engines and companies around the tech.”

An unfortunate side effect of such innovations can be found in patent law. Clients rarely know how to explain their algorithms in a meaningful way to the Patent Office, and companies are attempting to secure patents using increasingly unusual language. It’s something Alce intends to change.

“Patents exist to protect entrepreneurs and innovators,” concludes Alce. “In the current landscape, that’s easy to forget. The law needs to evolve in order to keep pace with technology — but until it does, I’m happy to keep bridging the gap.”